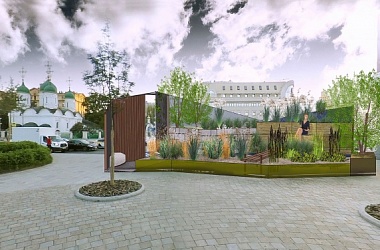 According to one of the versions, the name of the Neglinka river derives from the old Russian word “neglinok” – a “swampy place” because of numerous swamps and marshes that were in its channel.

The project is a symbolic “river”, where the movement of water is the movement of people. On the high right “bank” there is a hill and an amphitheater overgrown with shrubs and rare trees, where you can sit while watching the “river” flow. The low left “bank”, equipped with bridges, is as if swamped: there are growing moisture-loving varieties of cereals: Irises, Ligularias, Lythrums, Polygonums. 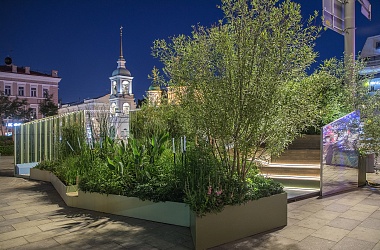 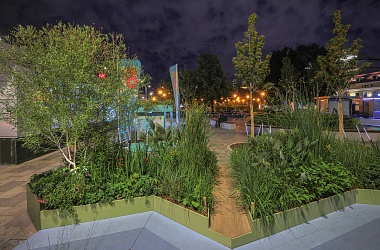 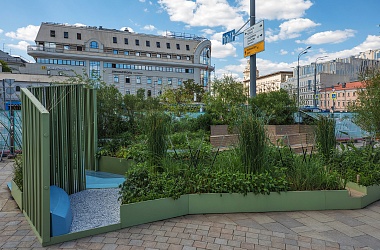 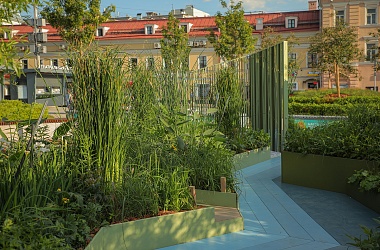 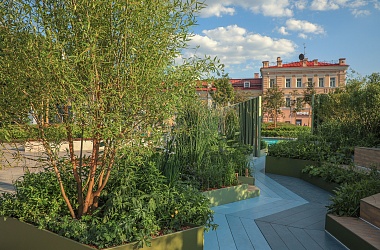 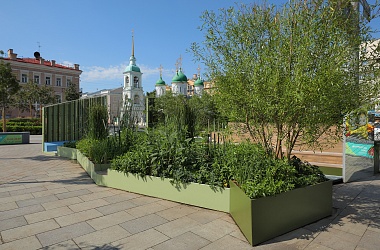