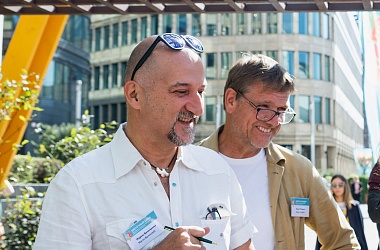 The in-person meeting of the International Jury of the competition and voting, according to the results of which the winners in each nomination were determined, took place on September 4 after the final inspection of the gardens.

This year, competitive gardens had adorned the city on June 20th, and over the summer all members of the jury had to inspect them three times to assess the dynamics, changes in shape, color and volume according to the conditions of the competition. 42 projects of the finalists were implemented, so in total each of the jury members made 126 walks in the gardens of "Flower Jam".

The third, final inspection took place in September, after which the International Jury chaired by Andy Stegen gathered in the pavilion on New Arbat to determine the winners of this year's competition. Their names will be announced on September 13th.