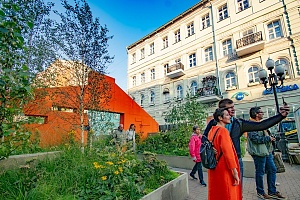 Above The Roof
Arbat Street, 48

The concept of the garden is based on the image of an abandoned place, a space left by man and re-captured by nature. "Above the Roof" is a story about nature that is ready to manifest itself everywhere, and this is a natural process within which the visitor finds himself.

This garden is a projection of the future of our cities, where nature goes hand in hand with Industrialization, as the natural vegetation becomes one with architecture, softening and amplifying it. 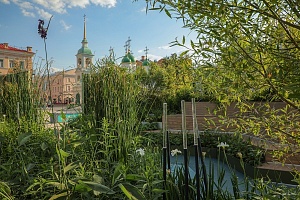 According to one of the versions, the name of the Neglinka river derives from the old Russian word “neglinok” – a “swampy place” because of numerous swamps and marshes that were in its channel. 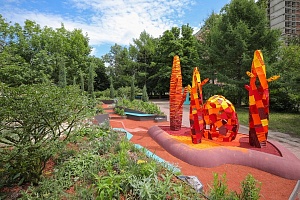 The "New Earth" Garden is a journey to the depths, the romance of adventure and discovery. From the outside the garden looks like an amazing island with smooth outlines and unusual plants. 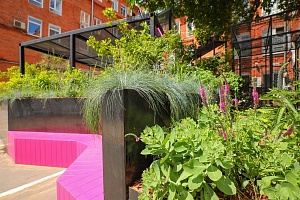 The life of the metropolis is in constant motion, we are always in the flow, in the thick of events and people. Our regular routes merge into a single traffic of thousands of chaotic movements.